The Jack Russell Terrier is a happy, energetic dog breed. They are small in size, but their attitude and strength says otherwise. Jack Russell training is straight forward as they are extremely alert, bold and loyal. They have amusing personalities and their cleverness will astound you.

Jack Russell Terrier’s make a great companion for active individuals and families. They get along well with outsiders, and love to jump and bark.

The Jack Russell has won the hearts of many dog lovers all over the world.

Jack Russell’s have been around for about 200 years and originated in southern England. The Jack Russell Terrier was bred for fox hunting, particularly the European red foxes as Jack’s could also hunt them under ground.

“Jack Russell” was a term that was used and misused after the Parson’s passing. At this time, basically all hunting and working terriers became known as Jack Russells, and held little similarity to the original terriers bread by the Parson.

The Parson Russell Terrier has several distinctions that make them a cut above the average terrier. He has a compact chest that is long and flexible, a strong muzzle and head to hold the fox, and lengthy legs that allow him to keep up with hounds on the hunt.

Today’s Jack Russell Terrier is a credit to his origin, and the hunting instinct is well inbred into his nature.

A Brief Look at Jack Russell’s

The Jack Russell Terrier is extremely friendly, playful and boisterous. They have remarkable intelligence, and require the proper dominance training. In fact, their intelligence, while one of their more favorable characteristics, can also make them difficult to control at times.

Being a terrier, Jack’s naturally enjoy the great outdoors, and love to hunt. However, they also love to play games inside, and are just as happy playing fetch as they would be chasing after a squirrel.

Due to their limitless energy, the Jack Russell Terrier can be a handful, and this is another reason why properly training the breed is an absolute must. Furthermore, although they have a gentle and friendly temperament, they will not tolerate any abuse, even that which is unintentional, from children. Jack’s enjoy playing with children, but the child needs to understand how to play with the dog. For this reason, a Jack Russell Terrier is not recommended for families with young children under the age of 6.

The Jack Russell Terrier is a breed that is true to its roots. Therefore, you need to make sure you fully research Jack Russell’s before making the decision to make one apart of your family. 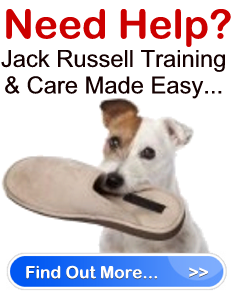